“You don’t eat at Bob Bob Ricard, you dine there,” my uncle commented on my Instagram post about the spot, now easily one of my London faves. Nothing to do with the fact that it’s also a loved destination of Pharrell, Nigo, and a familiar blue booth.

The distinction was clear according to my beloved family member, that when it comes to Bob Bob Ricard, the iconic grand brasserie serving a luxury English and Russian menu to its eclectic clientele, your culinary experience deserves a worthy description beyond the pedestrian. The dining room – owned by  Russian entrepreneur Leonid Shutov – opened in late 2008 and is still going strong, capturing 20th century luxe and opulence, glamour and romance, with ease. Of course it’s not for everyone, but no destination this unconventional could be. The secret is to not take yourself too seriously and roll your sleeves up for good-humoured fun. Best described as a phantasmagoric, imaginative version of the orient express – picture an all-booth dining space complete with leather banquettes, limed oak panelling and elaborate patterned terrazzo floor – expect to pay an average price per head (ex drinks) £50-£60. Not inexpensive, Bob Bob Ricard works hard to earn and deserve every penny and moment you spend there. Whilst we fine-dined in the Blue Dining Room (under mirrored ceiling within walls decorated by hand-printed Japanese wallpaper), downstairs, the Red Dining Room lays on the charm and promises to transport you elsewhere for a forgotten few hours with its red-and-gold colour scheme, oriental patterns and secrecy. The ‘Press for Champagne’ is worth a mention but only because it captures the spirit of the restaurant, a place designed to help you celebrate and remember why you bother to go out in the first place.

Approachable and polished, uniformed staff serve Russian-inspired Modern British menu (comfort food galore) and cocktails in cool art deco surrounds. I’m vegetarian so finding a grand eaterie in Soho is not easy, but skipping the Chicken, Mushroom and Champagne  Pie, and Salmon Tartare Imperial, I landed well with Truffled Potato and Mushroom Vareniki (topped with juicy crunchy onion rings) as a starter then doubled up, going for the Sauternes & Truffle Humble Pie – the attention to detail on the crust is a heart-warming touch) – with generous sides of refreshing crushed mint peas and punchy crushed peppered sweetcorn. Of course there would be risotto (Pearl Barley with courgette, parmesan, basil, lemon and fresh truffle), and as a veggie you come to expect this dish as the normal go-to, but BBR delivers a noteworthy and richly seasoned version. The flaming Vanilla Creme Brulee was sublime and the signature BBR Chocolate Glory – essentially an edible picturesque Christmas ornament – entirely out of this world, at least for the short time it remained on my plate.

I asked Anna Haugh, Executive Chef at Bob Bob Ricard, how she ensured that BBR patrons always leave with the quality and rich tastes they are accustomed to, with each visit. Haugh has previously worked in a number of Michelin-starred kitchens under the likes of Shane Osborn at Pied a Terre and Phil Howard at the Square, before opening Gordon Ramsay’s London House. Tasked with relaunching the menu at Bob Bob Ricard and ensuring the food is on par with the electric ambience and diligent service, Haugh curates her kitchen with a fine nose, sourcing beef from Ireland, fish and oysters from Jersey and Ireland (the former is also pulled from Scottish waters). Laying the consistent quality BBR is known for at the feet of “Good relationships with your suppliers” and “Making sure that your staff know the difference between acceptable and unacceptable produce”, Haugh is passionate about accountability and the pride she wants every member to feel about the meals they place on the marble table tops.

Refreshingly, when asked for the one non-negotiable in her kitchen, Haugh answers “Respect. Everyone/everything is respected. From the ingredients to the people who scrub the floor. Working hard is only worth it if you are proud and happy.” The high costs associated with using more local produce is not lost on the Executive Chef who believes that shopping or sourcing ingredients this way “is a wonderful attitude to have (and that) in London it can mean costing more but is very rewarding.”

And that way, certainly leaves an indelible mark. 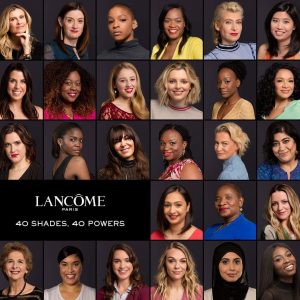