Dive into the World of Healthy Hedonism by Amy Mia Goldsmith

Dive into the World of Healthy Hedonism by Amy Mia Goldsmith 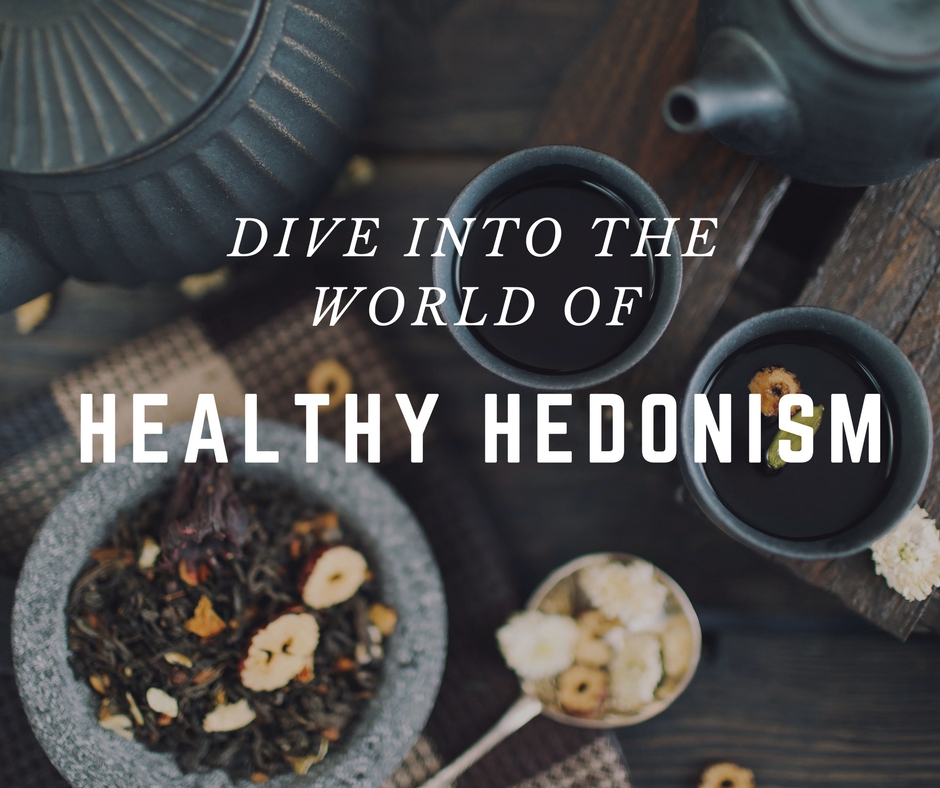 As legend has it, the Chinese Emperor Shen Nung was a famed herbalist. He spent his time researching plants and their medicinal properties, as he believed strongly that one could find a cure for any ailment, if only they were to look at what nature had to offer. One day, when the servants were boiling some water for their emperor (which was taken to aid digestion in the ancient times), a few tea leaves accidentally blew from the tree and fell into the pot. The servants never noticed, and the water was served. The emperor saw the leaves, and just as he was about to ask for a new pot, his curiosity took the better of him. He drank the water, and found the taste to be more appealing than anything else he ever drank. And thus, tea was born, in 2737 BC.

Are you new to tea? Well, we can help you start. There are technically only a few types of tea: black, white, green, oolong, and dark. They are all made from the same plant, Camellia Sinensis, and the difference lies in the process of fermentation, where the leaves come from, and which time of the year they were picked. All other teas are called “tisanes,” herbal blends of plants, roots, or seeds with potent taste. However, this term is rarely used, and the easiest thing to do is simply refer to all of them as tea. Want to know more about the history of tea and get some suggestions on which ones to try? Read on. END_OF_DOCUMENT_TOKEN_TO_BE_REPLACED

Healthy snacking for the conscious consumer

Sustainability goes beyond ethical design and what I wear, it has seeped into other areas of my life including what I eat. For the past 4 years I have been a vegetarian, moving towards the vegan lifestyle (although the latter has been and still is a struggle for me) – overall cutting back on animal products and incorporating plant-based foods becomes even more challenging when I am trying to snack.

If you wander into any newsagents 9/10 times you will find that every sweet or chocolate bar contains dairy or animal extracts and whilst carrying around fruit, crackers or a pot of hummus is one way to play it, variety is the spice of life  when a sweet craving hits! Don’t be disheartened and take note, there is a world to discover beyond grapes and carrots, and it includes activated nuts and raw food snacks amongst other delights.  On the hunt for healthy substitutes, I am shortlisting options below for anyone else struggling to snack healthily (as I have before) and keen to find tasty alternative to fruits and crackers.

END_OF_DOCUMENT_TOKEN_TO_BE_REPLACED

Perched on the corner of main-street, Japanese and Nordic inspired restaurant Flat Three offers a refreshing plant based menu, nothing short of innovative for the curious and experimental. Led by Head chef Pavel Kanja and his team, the Holland Park restaurant presents a lively menu curated to combine Japanese, Korean and Nordic cuisine, including a 7 course tasting menu with a strong plant-based offering.

Formerly an apprentice in Western Australia under the training of classic French chefs, Kanja then set about mastering Japanese food via positions in Perth, Melbourne, Dubai and the UK. In the spacious, 40-cover dining room – clean minimalist, neutral tones, and delicate glassware – the Australian-born leads in a rare alchemy which delivers a nutritious and sustainable menu, whisking, baking, frying, grilling or steaming British-grown produce from the likes of Miles Irving and the Forager team in Kent, or potent, flavour packed wild vegetation treasure hunted from suppliers such as Namayasai, a Japanese vegetable farm in Lewes.
In the spirit of forward thinking cuisine Kanja is nurturing a sustainable way of thinking about food and lifestyle 365 days a year, joining Operations Manager Juliana Moustakas to forage on the Kentish coast when time allows. The team minimise waste by making the most of their plant based ingredients and residuals, whether by pickling to making their own salts from soup stocks, infusing water, or whipping up sake and kombuchas, in addition to a creating a variety of sauces and dressings.  END_OF_DOCUMENT_TOKEN_TO_BE_REPLACED

Seed To Table Living & Eating At Can Lluc

Surrounded by venerable walls and found in the heart of the island of Ibiza, boutique hotel Can Lluc is a product of the blood, sweat and tears of Tina Soriano and Lucas Prats. The main house was built by Lucas’s grandfather and acted as the family home for generations until the ambitious married couple undertook a transformation project with the space, successfully paying respectful homage to traditional Ibicenco architecture and heritage. Rustic stone walls, wooden ceilings and beautifully restored déco bring the once-ancient property to a chic modern space with rooms ready to catch weary or energised travellers. Whatever pace you bring to Can Lluc, rest assure it will be matched with ease. 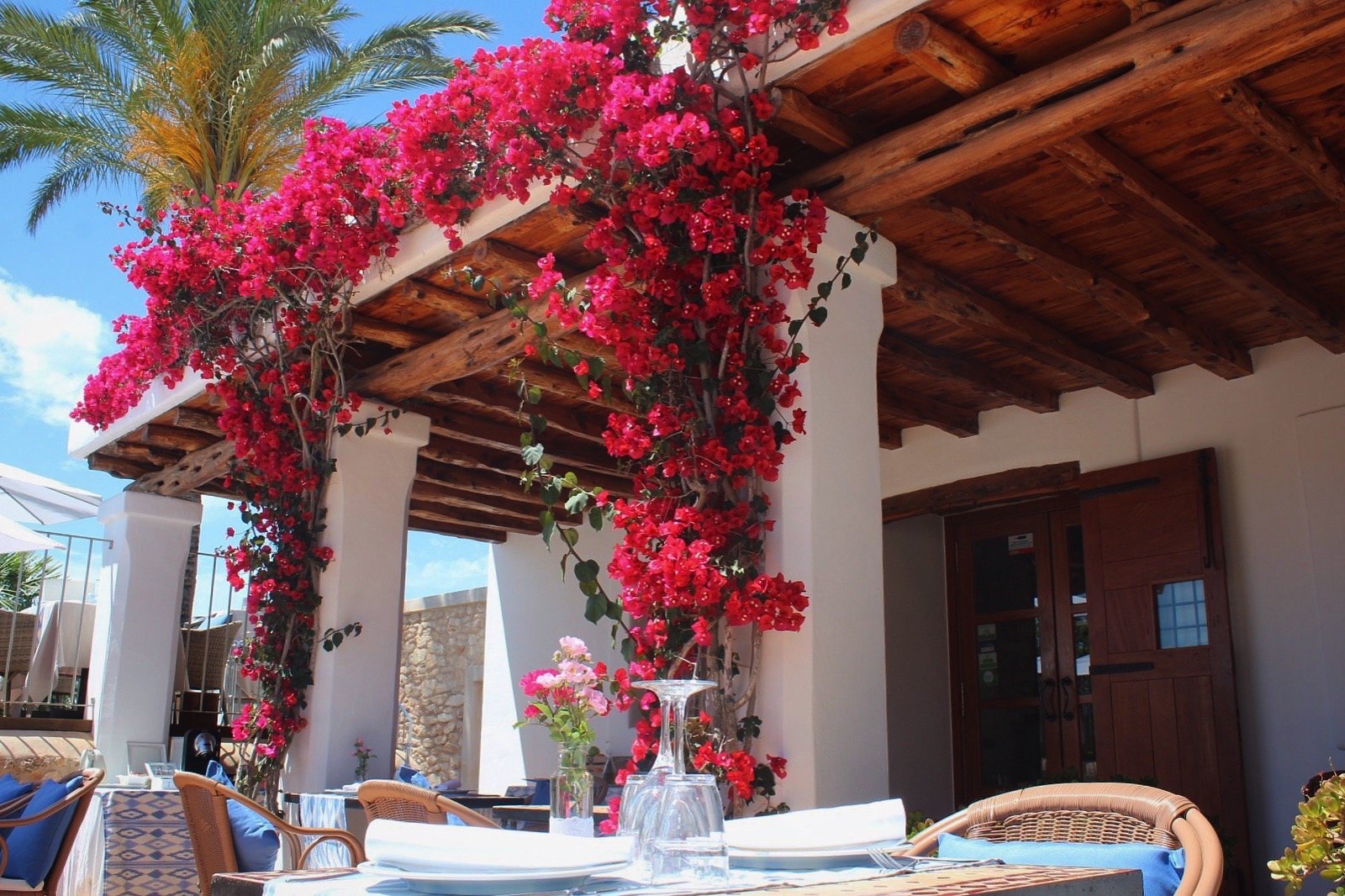 The surrounding ecology is stunning – dense pine forests, carob, fig, fruit and olive trees complimented by a plantation of 2000 vineyards, carobs and almonds and fruit. One of the key experiences of a successful holiday, beyond good aesthetics and hospitality, is satisfying food; picked from the bar or restaurant menu, Can Lluc offer a wide selection of organic, local and quality produce. Whether plucked from the surrounding farmlands or homegrown vegetable garden, or travelling a short distance from local suppliers, all food is prepared in the in-house kitchen and fresh on the plate. Eating seasonally and locally can reduce the carbon footprint of your food by up to 10%. Food that is grown closer to home will therefore have fewer transportation emissions associated with it, in addition as the distance food travels decreases, so does the need for processing and refrigeration to reduce spoilage.

Seed to table – from the backyard garden to a kitchen table – gives the chef direct input when planting and harvesting herbs and peppers from the seasonal garden onsite, and as a result, the food is simply delicious and incredibly garden-fresh. END_OF_DOCUMENT_TOKEN_TO_BE_REPLACED

“You don’t eat at Bob Bob Ricard, you dine there,” my uncle commented on my Instagram post about the spot, now easily one of my London faves. Nothing to do with the fact that it’s also a loved destination of Pharrell, Nigo, and a familiar blue booth.

The distinction was clear according to my beloved family member, that when it comes to Bob Bob Ricard, the iconic grand brasserie serving a luxury English and Russian menu to its eclectic clientele, your culinary experience deserves a worthy description beyond the pedestrian. The dining room – owned by  Russian entrepreneur Leonid Shutov – opened in late 2008 and is still going strong, capturing 20th century luxe and opulence, glamour and romance, with ease. Of course it’s not for everyone, but no destination this unconventional could be. The secret is to not take yourself too seriously and roll your sleeves up for good-humoured fun. END_OF_DOCUMENT_TOKEN_TO_BE_REPLACED