When in Rome…Villa Spalletti Trivelli

There’s a special warmth to Italy. It’s an old country, one that has stood by its traditions for many centuries, deeply in awe of its heritage. The Italian lifestyle, with its love of food and wine, may seem disconcerting and even downright magical for those of us from harsher climates. Rome stands proudly in the middle of the Italian boot, acutely aware of its strength and enduring permanence in the west. It is a proud capital; one of the proudest in the world. History is present in every step of the Eternal City, and it’s the kind of feeling I want my Roman lodging to encompass. 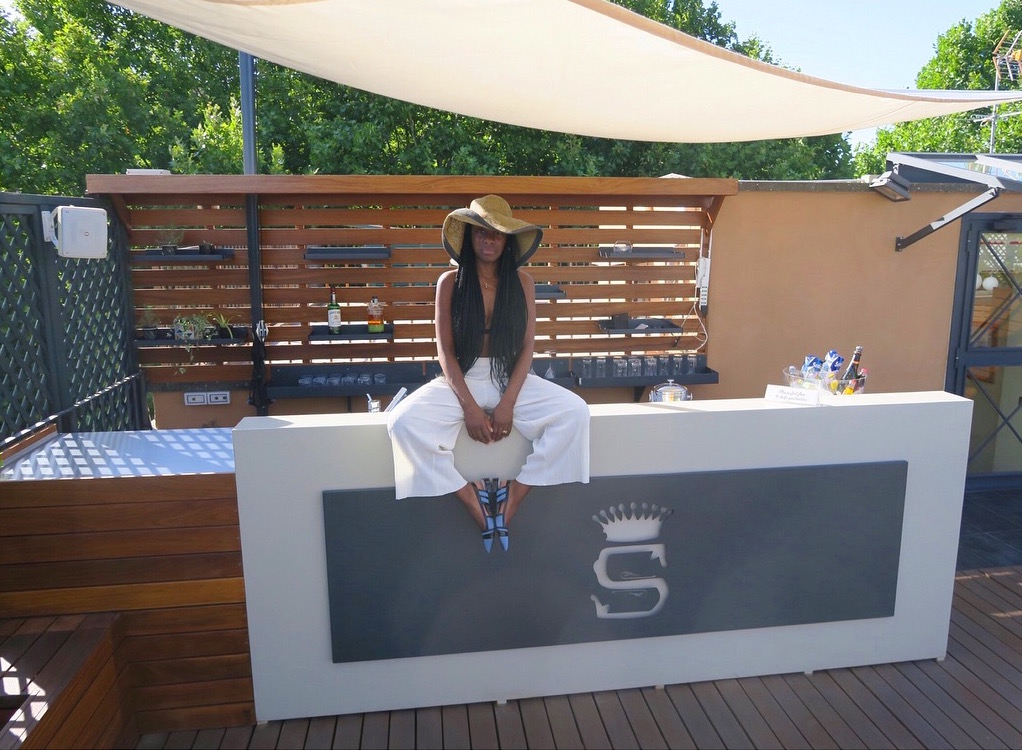 Villa Spalletti Trivelli offers one of the most luxurious experiences I’ve ever encountered. Situated on one of the original Seven Hills of Rome, Quirinale, it’s rich in history from past millennia. It’s right across from the Piazza del Quirinale, which in turn faces one of the official residences of the Italian President. Villa Spalletti is right at the heart of Rome, with all the weight that implies: it’s minutes away, by foot, to many of the most iconic landmarks in town, most notably the Fountain of Trevi.

The mansion may be of relatively recent built, in the early 20th century, but the area has been at the gist of things for millennia. Back in Ancient Rome, one of Cicero’s closest friends lived across Quirinale Palace: Titus Pomponius Atticus, a famed editor of his time. The hill has been an area full of ideas and innovation for many centuries, a trait shared by so many spots in the ancient Italian capital.

It’s impossible to tell the grandeur of Villa Spalletti Trivelli from the outside. The façade, although showcasing Italian luxury, doesn’t do justice to the beauty inside. It’s all the better that way: coming in feels like stumbling into a secret hideout. It was once a meeting point for great artists and intellectuals, with Nobel Literature Prize winner Rabindranath Tagore among its visitors. Entering this magical place, it’s easy to become entranced by the weight of history and the echo of decades of fascinating conversations. 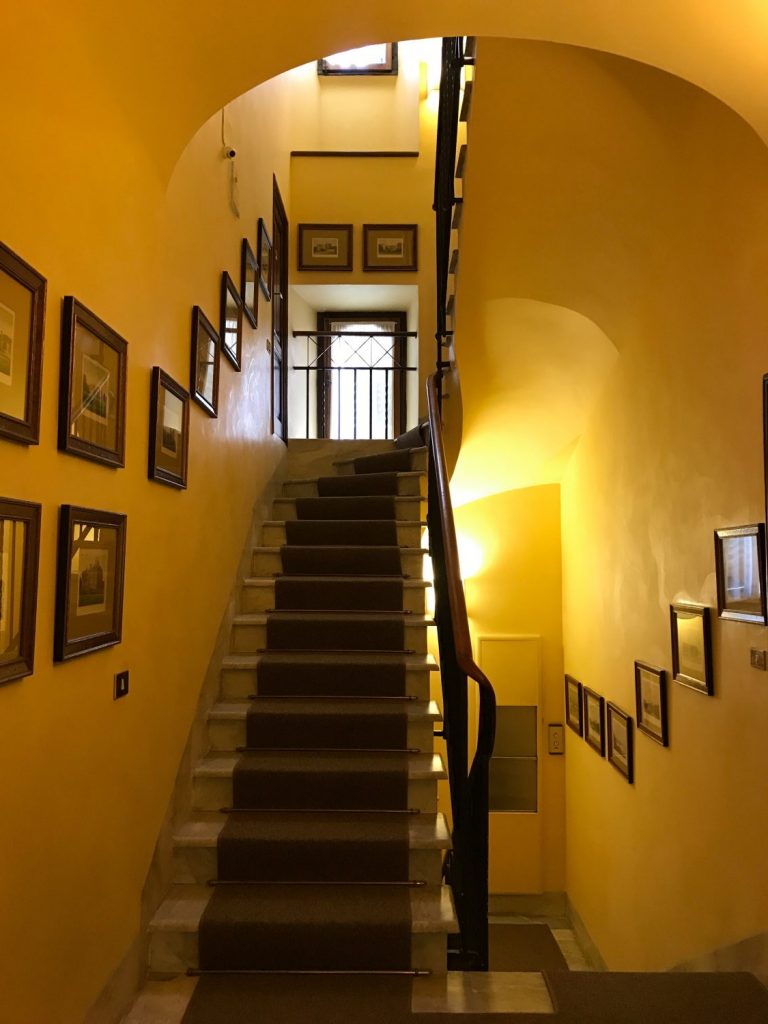 The location of Villa Spalletti Trivelli is a dream for anyone visiting Rome for business or pleasure, but that’s only one side of what makes this place unique. Despite being at the centre of one of the most buzzing capitals of Europe, this is a place of peace. Villa Spalletti is quite secluded, even if surrounded by some of the oldest gems in Western culture.

Villa Spalletti Trivelli was built in 1905 for Gabriella Rasponi, the widow of Count Spalletti Trivelli. Her lineage was nothing short of royal: she was a descendant of Joachim Murat, once the King of Naples, as well as Caroline Bonaparte, sister of Napoleon. An aristocrat of that calibre would only build the grandest of places for herself and her descendants, and the villa has been a local beauty for over a century. Renovated between 2004 and 2006 to become an exclusive boutique hotel, the villa retains the unabashed luxury once reserved for royalty and noblemen.

Every breath of air in this place speaks of a time gone by, of a social structure where things couldn’t be more different. The many drawing rooms are filled with art, from beautiful statues to portraits of the people who once inhabited the villa. Staying here feels almost like sleeping in a living museum, though with plenty of details that betray the general feel of antique. The art might be at least some decades old, but the setting is undoubtedly modern, with its plush sofas and stashes of modern books and magazines. You’re surrounded by early 20th-century luxury, in an inescapably contemporary setting. The feel of the villa is nostalgic, and slightly fuzzy, almost like the filter of a great a period movie. 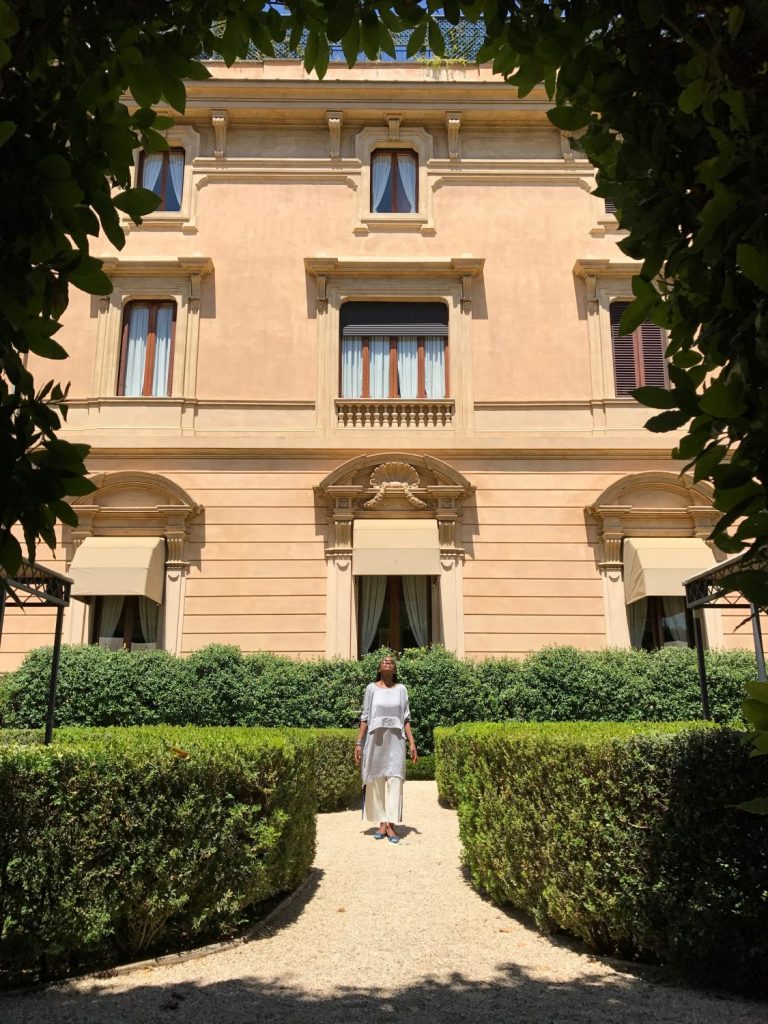 The inside common areas of Villa Spalletti Trivelli are grand and lovely, with that touch of old in the midst of modernity – but the outside is the stuff retreats are made of. The gardens are vast and impeccably groomed, even more impressive when taking account their surroundings. The area around the villa is indeed peaceful, but it’s also steps away from one of the most crowded tourist spots in all of Europe, the Fountain of Trevi. The fact that I got to find a space to hear my thoughts and meet up with nature is a priceless venture. The better part of my life occurs between two noisy and big cities. I didn’t necessarily expect to find a quieter perspective in Rome of all places. Long before many huge metropolis were founded, Rome was already loud and bustling; its vibrancy has been traditional for millennia.

Many luxury hotels, mostly those that were once old homes, suffer from the same ailment: relatively small rooms. I imagine this happens because these places weren’t originally built to host guests, and sometimes areas have to be reconstructed almost entirely to fit the boutique hotel standard. Gladly, the Villa Spalletti Trivelli doesn’t have that problem: as I expect from a hotel of this calibre, the rooms were an absolute dream. Each room and suite is huge and majestically decorated, in true Italian fashion. There are 12 sumptuous rooms at the villa, and each of them overlooks a garden, whether it’s the hotel’s or that of the Quirinale Palace. 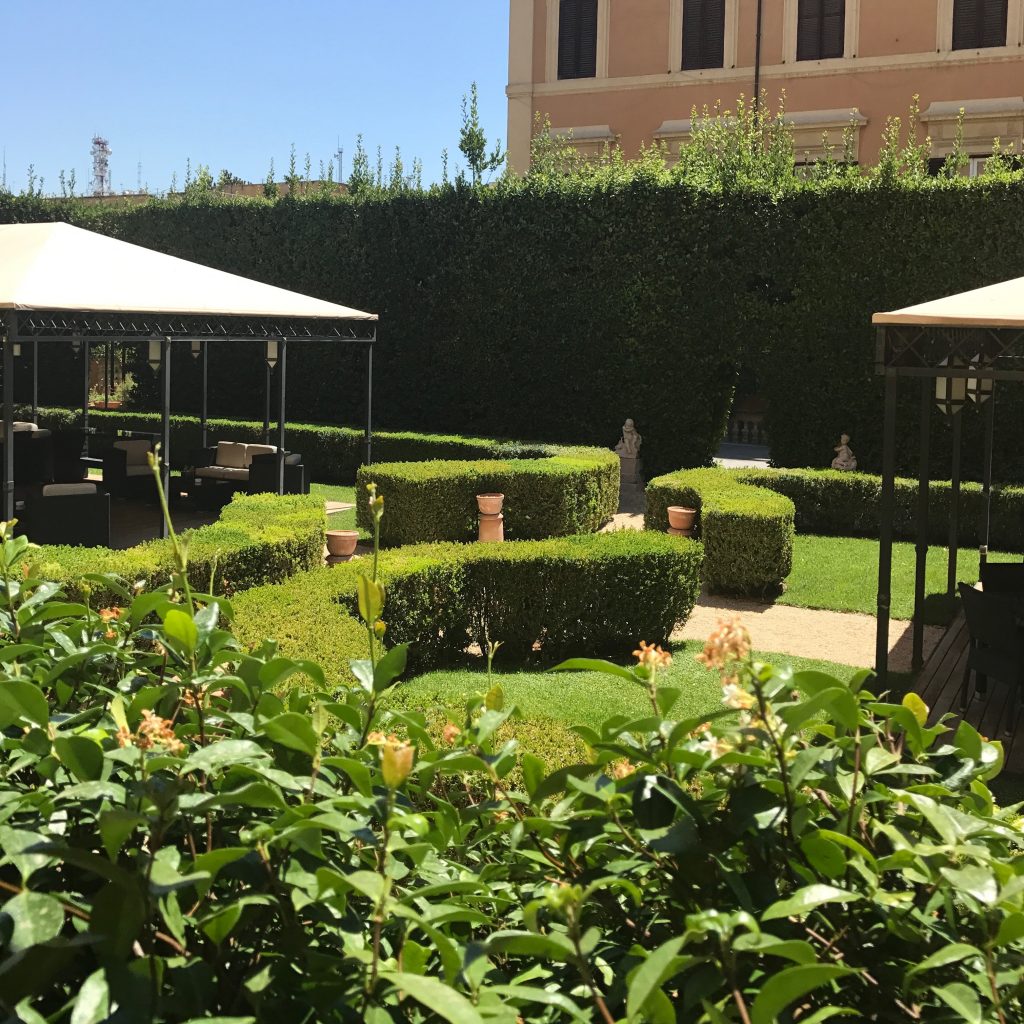 Each of the bedrooms is named after one of Rome’s historic districts, and there’s a true effort in making all of them stand out. They are all decorated differently, although following the same notion of mixing classic luxury with contemporary deluxe. The décor includes original paintings from decades (and even centuries) past, with designer furniture perfectly matching every detail. The color palette of each is carefully constructed to be pleasing to the senses while making guests feel like aristocracy from centuries past.

The attention to detail in the rooms, doesn’t stop at simply adorning with art and pieces from another time. The comforts are entirely modern, from an Energy Cleaner system to purify the energy field to gorgeous marble bathrooms with baths and showers. The level of luxury varies on each of the six types of room, with some having extra space for features like a study, a library or walk-in wardrobe.

It’s so easy to get lost in oneself when you spend a lot of time away from home. There’s a feeling of detachment that comes with being out of one’s home for a somewhat long period of time, and it increases if you travel a lot. The sense of privacy provided by Villa Spalletti Trivelli is a beautiful step in the right direction. The spaces might be wide and luxurious, but never to the point of being overwhelming. The prevailing feeling here is one of tranquility, and it’s an atmosphere the owners have worked very hard in building in over a decade of working this villa as a boutique hotel.

Perhaps the real secret behind Villa Spalletti Trivelli, more than its walls covered in history or its beautiful gardens, is its rooftop. The newest area of the villa, it’s a fully modern terrace with all the comforts of a perfect sunny day. Open between 10am and 7pm, it’s the perfect spot to grab a drink or a bite and relax at the jacuzzi or sun beds. Taking advantage of the villa’s unique position between its own magical garden and those of Quirinale Palace, the view of green is exquisite.

The rooftop is just the latest addition to the boutique hotel’s commitment to the relaxation of their guests. Ever since Villa Spalletti Trivelli became a lodging, the owners have focused on providing a luxury retreat within the big city. Their fully modern spa facilities include a tepidarium, a steam room and a spa room, offering treatments from old times as well as state-of-the-art practices. There’s also a 24-hour fitness centre where you can book a personal trainer in advance, which offers the possibility of staying as active as possible when away from home.

Home can be a somewhat elusive concept for those of us who constantly travel for work. The owners of Villa Spalletti Trivelli seem to be very well aware of that, and don’t necessarily try to build a home out of this beautiful old mansion. Each detail has been have cared for to make the place feel like a retreat from everyday life. It’s a particularly enchanting concept in a place as chaotic as Rome, where loudness has been the norm for hundreds of years. Just what I crave from a boutique hotel in one of the oldest cities in the world!

How to tie a headwrap – Part 3 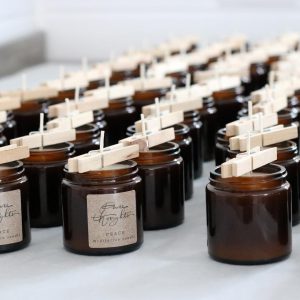 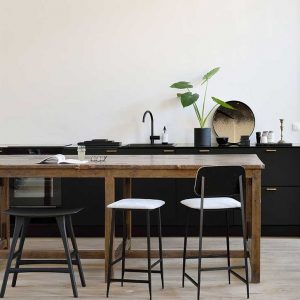 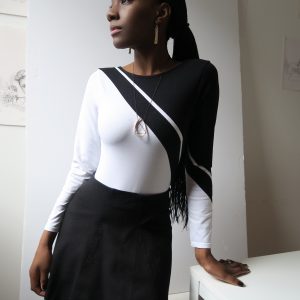 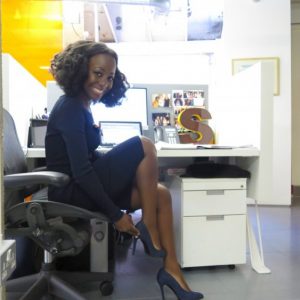