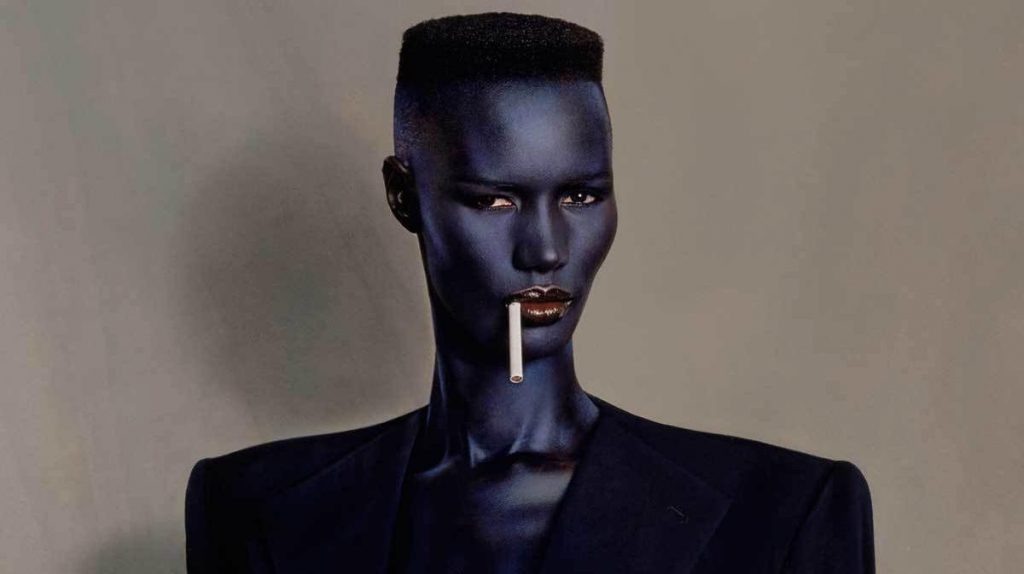 At 69 years old – and looking at least 20 years younger – the singer Grace Jones is the subject of this documentary portrait by Sophie Fiennes. It’s a celebration of her musicality and The Grace Jones documentary is almost here and I am here for it. Grace Jones and her enviable cheekbones are the focal point of this newly released trailer for Grace Jones: ‘Bloodlight and Bami’. Bloodlight is a Jamaican musicians’ term for the red recording light in the studio, Bami according to the singer, “…It’s the Jamaican bread I ate as a child, and it sounds funny, and that’s important, too.” Bloodlight and Bami. Art and life. The film, which was created out of a decade’s worth of footage, premieres at the Toronto International Film Festival next month.