Stars, filmmakers, and philanthropists strolled down an appropriately green carpet and gathered in a vast hangar at Santa Monica airport for this year’s Environmental Media Association awards on Saturday night. 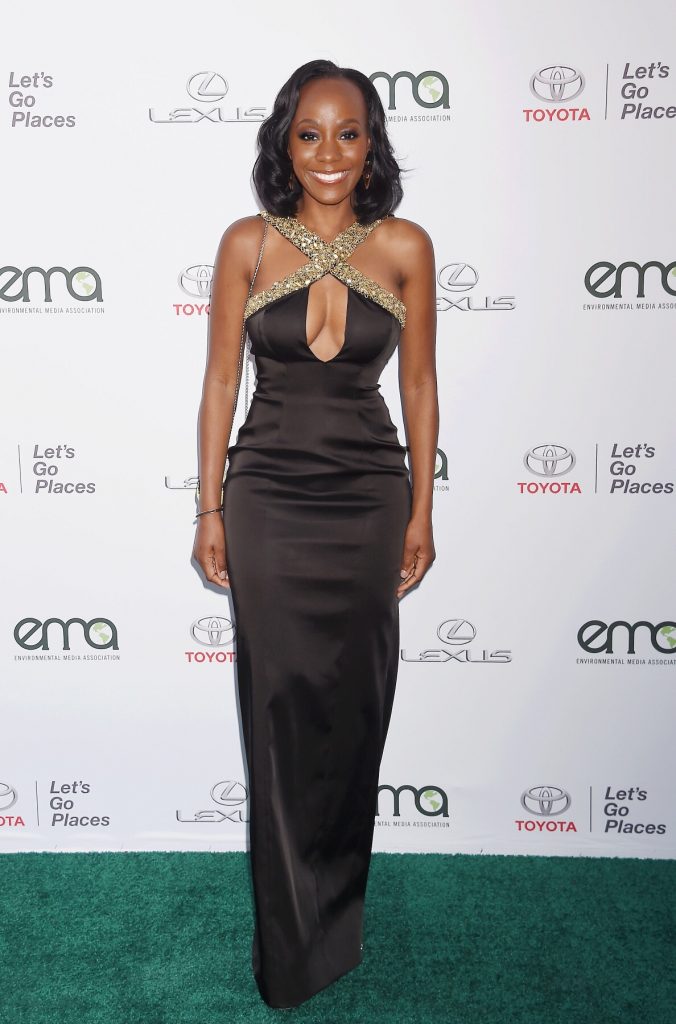 See behind the scenes, and find out about Samata’s ethical look for the carpet here.