Time-trodden and soaked in sun, Greece is a Mediterranean Eden that has become a holiday hotspot for lovers of fine wine, culinary wonders, and sandy beaches as far as the eye can see. A less-known fact, however, is that this ancient country is home to some of the most opulent experiences in the world, and yet it still manages to remain on the wallet-friendly side without jeopardizing any of its rustic, untamed charm. 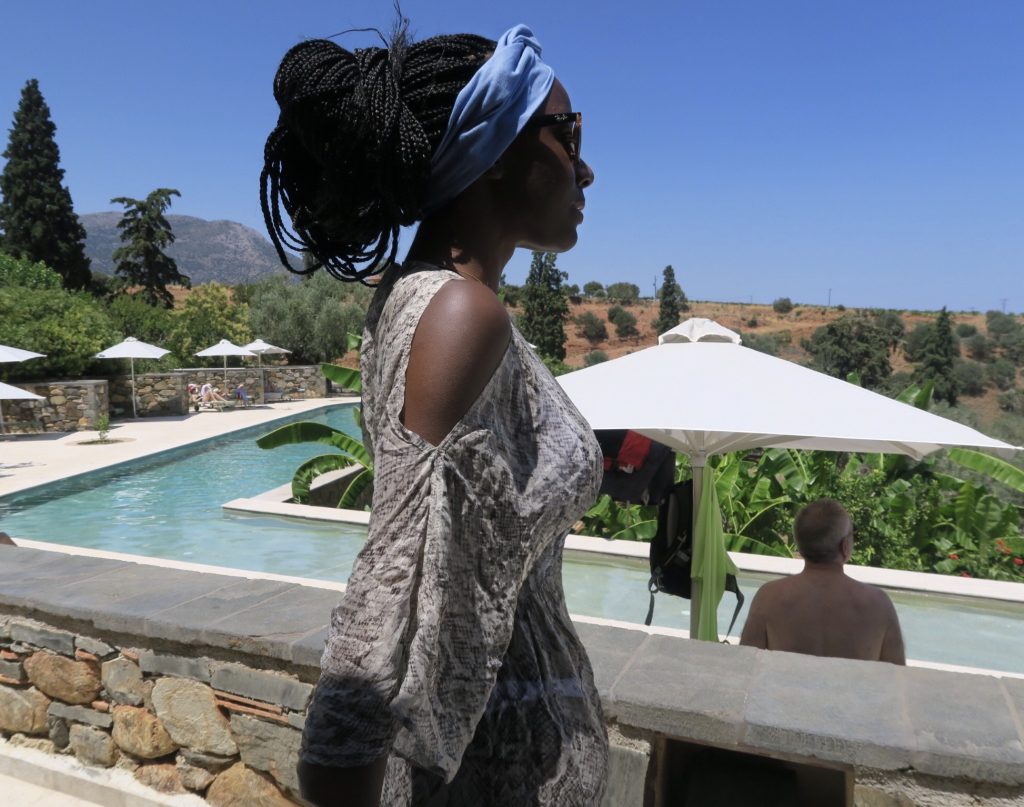 Among a plethora of its resorts and famous coastal towns, there are a handful of spots that remain unspoiled by crowds, especially during the late days of spring, and early summer. One such place is in the South of the Peloponnese peninsula, the region called Laconia, where a little piece of land is detached from the main coast, and is known by the name of Monemvasia. What may be considered one of Greece’s best-kept secrets, this jewel of a town is a slice of heaven for those who seek to relax and enjoy life to the fullest, the only way Greeks know how! 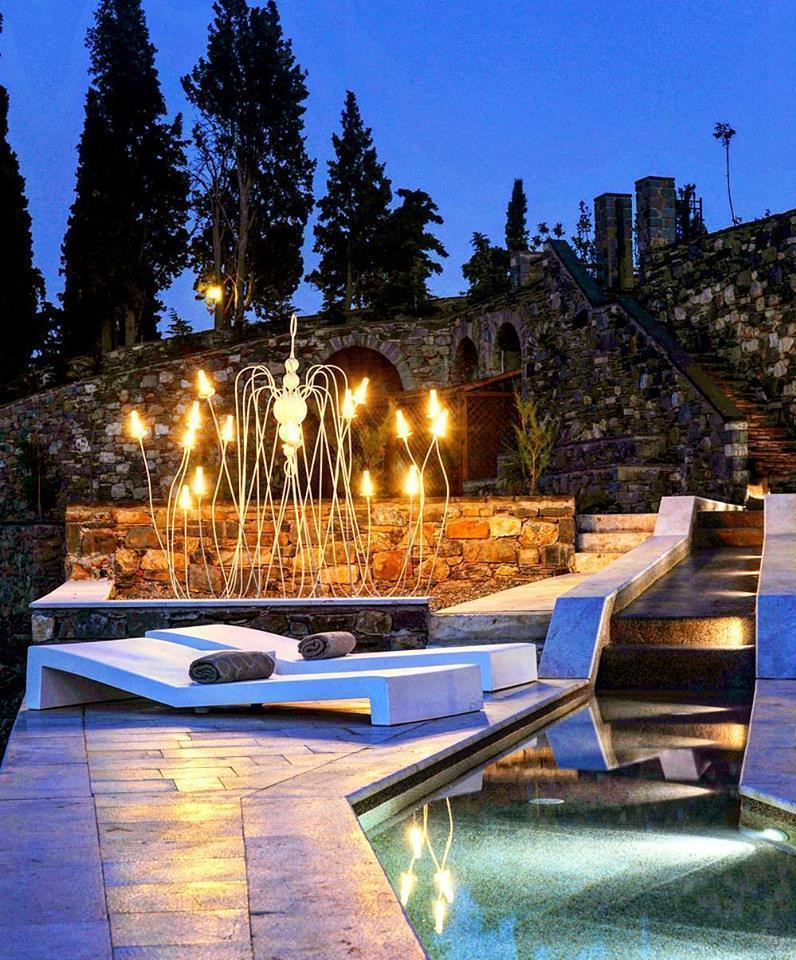 Perched atop the hills with a commanding view of Monemvasia, Kinsterna Hotel remains in its essence a castle, a remnant of the Byzantine era, and perfectly restored to meet the needs of the modern traveler, with an extra pinch of luxury. In the embrace of dreamy vineyards, olive and orange groves, as well as the Mediterranean Sea, the mansion strives for immaculate self-sustainability in every aspect of its existence. They boast their own herb and vegetable garden, which makes their every meal in their all-day restaurant a feast for the senses – if you’re ever there, do try the Greek breakfast, it’s to die for.

In the heart of the mansion, there’s a natural spring or a “cistern”, which is how the hotel received its name. The rooms are all designed with the estate’s origin in mind, and along with its Ottoman and Venetian influences, so each and every one is unique, and delightfully quirky.

Ancient arches mixed with modern Coco-Mat bedding, preserved fireplaces and bamboo ceilings all give away the old mansion’s heritage. Although some of the rooms have smaller windows due to the preservation of their architectural integrity, they are still brimming with natural light. Add to that the on-site spa, their own boutique wine, and you will be instantly enchanted to stay longer than planned.

Soak up the Greek sun 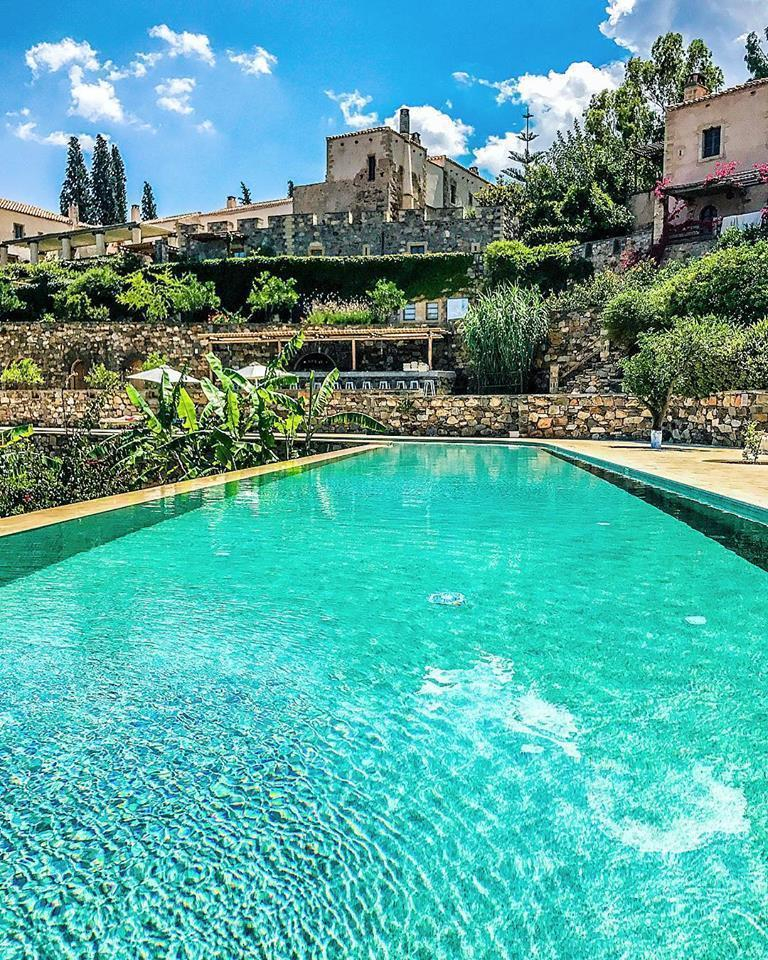 Although the hotel itself doesn’t have a nearby beach you can hop to in a matter of minutes, the surrounding area is packed with secret cocoons and long strands of sand just waiting for you to explore the warmth of the turquoise sea. Xifias beach is approximately seven kilometers away from the center of Monemvasia, while Ambelakia is less than two kilometers away from the hotel, making it more convenient for those staying in one of its villas or suits. 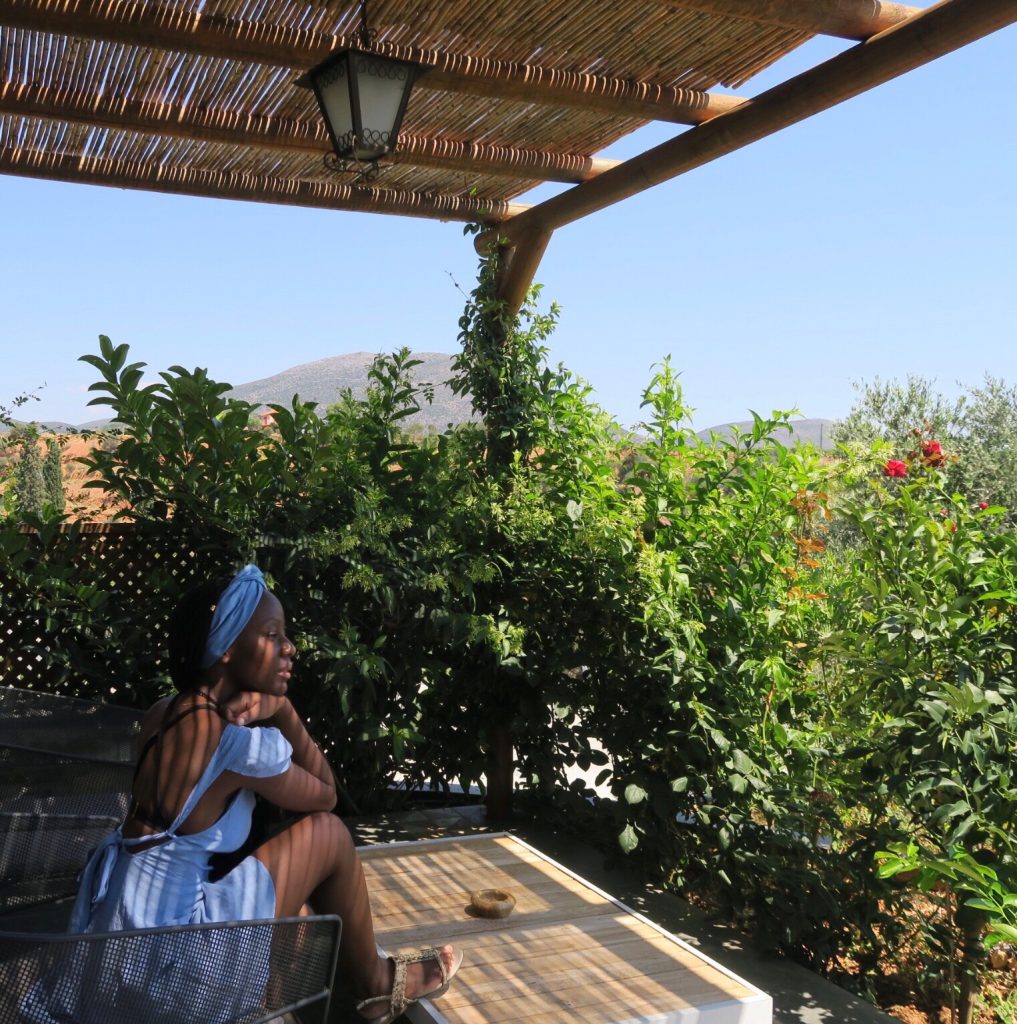 Whether you plan to stay within the estate and enjoy the perks of their pool and wellness treatments, or you plan to explore the local beaches, make sure to flaunt your stylish pieces such as stunning Seafolly Desert Tribe swimwear and a pair of Ray-Ban aviator shades to match the mood of the environment. Another insider tip: never leave your water bottle behind, because the Greek sun can be quite sizzling mid-season, and you don’t want to find yourself feeling parched!

Walk down the history lane 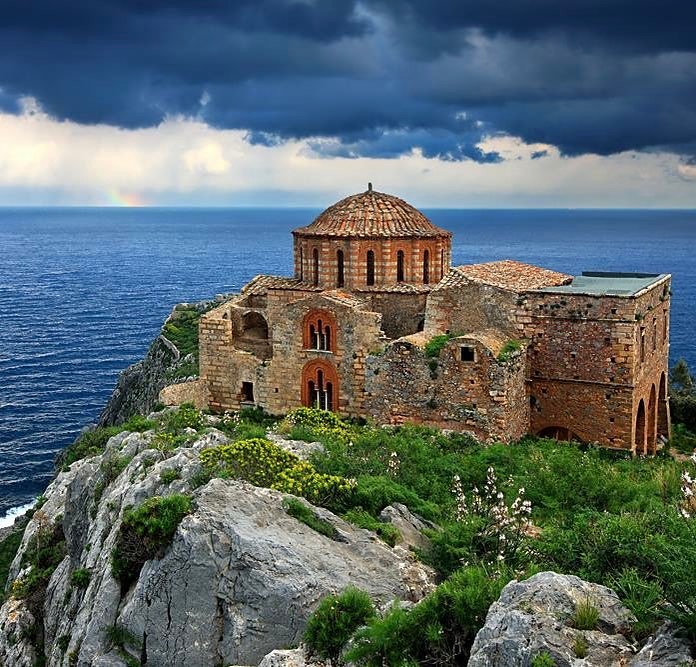 Although you’ll be tempted to devote all of your time to lounging, tavern-exploring, outdoor dining at the hotel, and horseback riding on the estate, the region is speckled with relevant historic spots. The local villages and ancient ruins are some of the most beautiful sites you will ever have a chance to visit.

The famous former capital of the Byzantine Empire, Mystras is still the historical heart of the Peloponnese, and a fort forever stuck in the past. Its medieval ruins run across the lush mountainside and are interspersed with Greece’s beloved orange and olive trees. One of the paths will take you to Agia Sofia, once a palace church, and now a cliffside marvel, and the crown jewel of the ruin’s remains.

For the adventurists among you, a trip to the Diros caves will be a thrill and a pleasure – dubbed “nature’s underground cathedral”, they are a bucket-list must-see for any nature lover who gets to this part of Greece. Of course, don’t forget to stop by the city of Sparta! Little survives from its glorious past, but its modern restaurants, such as Kápari , allow you to spend your summer days enjoying the local tsipouro and the exquisite seafood menu.

Greece has never been yet another ordinary vacation spot, due to its proud history and unparalleled coastline with access to several azure seas, and a culture that somehow remains steadfast in its slow-paced bubble, despite the rest of the world’s rushed tempo. Its’ heartbeat persists in being a few ticks slower, creating a true oasis of serenity and bliss.